Do you remember that old Mr. Rogers episode about superheroes? In Make-Believe, Prince Tuesday thinks his super funnel will knock down cars and people. At school, he continues to boast about his flying powers. Daniel Tiger, feeling a little unnerved by the idea of superpowers, asks if the class can sing a song about how only birds, bats, and bees can fly.

In another episode, Prince Tuesday tries to jump out of a tall tree and is caught just before falling.

What is it about kids and superheroes? Have you ever met a kid who doesn’t relish donning a cape and mask? I mean, who doesn’t want the power of speed or flight?

A unique, beyond-reality ability is associated with those with extreme capabilities. Superheroes are seen as the champions of the day, saving people before the “bad guys” do something horrible.

By nature, superheroes have life-saving abilities and a strength that makes them akin to mythological gods. Naturally, these imaginative figures are incorporated into childhood play. I vividly remember my youngest brother wearing a Batman costume nonstop for an entire year.

While there is an abundance of self-published superhero books and Marvel-specific titles, I’ve found those generally fall flat of an enjoyable reading experience and are often highly word-heavy.

Instead, try out these 11 books that make for excellent extensions of superhero scenes and bedtime routines. (Just make sure to let your little ones know that they can’t actually fly.)

Born into a superhero family, Max is just a baby when he learns to walk and talk. His impatient parents encourage him to fly, but he’d rather play with the dog. When Max starts school, he still can’t fly, and wearing a cape and mask without special powers only makes the other students tease him.

One morning, while the rest of the family is asleep, Max spies a baby bird outside his window perilously close to falling from its nest. Outside, Max flies to rescue the baby bird and return it safely to its nest.

In the following weeks, Max finds ordinary ways to do quiet heroic deeds that don’t always involve flight. On Sundays, though, the superhero family hovers over the city, hoping to find warm jet streams to soar through.

A book for late bloomers with a nod to the power of ordinary kind deeds.

“I zip through the playground in my red cape. I go POW. I go BAM.”

At the playground, Lucía nails her landing off the monkey bars. She darts up ladders and down slides with unparalleled speed. When two boys taunt her that girls can’t be superheroes, Lucía goes to her abuela for comfort. Abuela gives her a satin cape and silver luchador mask. She explains that a luchadora is brave and has a full heart; she fights for the right and never reveals her true identity.

Back at the playground, everyone is curious about who the masked superhero is. When a furry pooch gets stuck at the top of a slide, Lucía darts up it to save the day. Revealing her true identity helps the other kids at the playground see that anyone can be a superhero.

With a note about luchadores at the back of the book, this Spanish-influenced story is a marvelous inclusive read.

Nigel and the Moon by Antwan Eady

At night Nigel whispers his dreams to the moon, and they are safe in the night sky. At night he can be an astronaut, a dancer, and a superhero. Career week at school involves a trip to the library and a day to shadow parents at work. Back in his bed at night, Nigel bravely decides to tell the world his long-held wish.

At school the next day, the students clamor to tell the teacher what they want to be when they grow up. Nigel slinks in his chair, unable to whisper the word: superhero.

At night Nigel tells the moon once more what he wishes to be. At school, the other students boast about their parents’ jobs and exclaim what their grown-up job will be, but Nigel can’t get the words out.

Special guests arrive on the last day of career week, and Nigel is surprised to see his parents there. Finally, Nigel summons the courage to stand in front of the class and share the three things he hopes to be: an astronaut on the moon, a dancer, and a superhero.

A beautiful newcomer of a book about dreams and fears and summoning courage to be yourself.

Jinx and the Doom Fight Crime! by Lisa Mantchev

Jinx and Doom, brother and sister, are CRIME FIGHTERS! First, though, they have breakfast and brush their teeth, of course. They used to fight each other until realizing they could unite their powers to defend the innocent.

Together they defeat a malicious laundry monster and a dinosaur taking over a city. At lunch, they stop to eat, but after, they are right back to fighting crime.

Sometimes they get missions from headquarters (aka mom) and work together to be a strong team. Occasionally they have sidekicks that come in handy. At night, after a tiring day of superhero work, Jinx and the Doom turn on a signal to alert the city that they are safe.

A fast-paced, graphically-pleasing book for all the high-energy kids in your life.

My First Book of Girl Power by Julie Merberg

“Girls are STRONG and Kind. They can do amazing things!”

Enter Wonder Woman, Supergirl, Black Canary, Bumblebee, Darla, and other DC Comic heroes who are always looking for ways to help. Using their voice, brains, inventor skills, and can-do-it attitude, these women work together to make the world safer.

Part of a series, this board book is for those who want to introduce tv/movie superheroes to their little ones.

Bedtime for Superheroes by Katherine Locke

Fighting evil, catching villains, and saving people requires a lot of work. Wearing a cape, scarves, tutus, and masks are part of a superhero’s uniform. Superheroes can be found in grocery stores, at the playground, or even in the library. Fighting bad guys across the planet is just what superheroes do!

With such endless tasks, superheroes must take care to recharge their bodies and relax their minds and muscles. They can eat their dinner, take a bath and slip into comfortable beds at the close of the day. Because tomorrow is another day and a superhero’s day is never boring.

What Should Danny Do? By Adir and Ganit Levy

Danny is a superhero in training. With his P2C (Power to Choose) cape and his familiar kid scenarios (little brother and all), Danny has an abundance of choices every day. Should he throw a tantrum when he doesn’t get the plate he wants at breakfast? What about when a girl knocks over his lemonade stand?

This 68-page picture book has a series of nine stories, all allowing readers the chance to choose how the story ends. Part of a series, the Danny Adventure books have thousands of positive reviews. They are great for helping kids understand the power of choice. We also recommend What Should Darla Do? for a girl-centric perspective.

Even Superheroes Have Bad Days by Shelly Becker

When a superhero is mad and has had a bad day, they could react in several terrible ways. They could knock over buildings and ignite forest fires, but their aim is much higher than destruction.

Whether building an amusement park or dragging delinquents to jail, superheroes must let their good spirits prevail. Though they could rotate the planet and mess up the weather, they work hard to control their emotions together.

Acknowledging feelings is part of their plan so that they can help folks in all parts of the land. A jubilant rhyming book about how even superheroes must tame their super emotions.

What’s My Superpower? by Aviaq Johnston

Nalvana lives in a small town. She wears a yellow cape and a pair of snowmobiling goggles. One day she tells her mother that she can fight monsters with superpowers.

At school, Nalvana notices a boy that can run faster than a snowmobile. On the playground, she sees her friend Maata swing so high it looks like she’s flying, and during the winter, her cousin makes animal sculptures out of snow.

During the summer, Nalvana tries holding her breath the longest but is beaten out by another friend. She wonders if she’ll ever discover her superpower.

Finally, her mother pulls her close and whispers that her superpower is special—it is making others feel good about themselves.

The Day I Lost My Superpowers by Michaël Escoffier

“The day I discovered I could fly, I knew that I was special.”

A young protagonist practices her skill and adds to it over time. Her favorite tricks are making things disappear, becoming invisible, and walking on the ceiling. Unfortunately, communicating with animals is tougher.

Everything is great until one day when flying around the backyard, the girl’s superpowers suddenly vanish as she falls splat to the ground and injures her knee. Mom comes running and, with a magic kiss, heals her young charge. Is it possible Mom also has superpowers?

This superhero book is a fast favorite with illustrations that add a humorous layer of dichotomy opposite the text.

Violet and the Crumbs by Abigail Rayner

Violet used to love birthday parties, but now that she has celiac disease, she can’t eat pizza, cake, or anything with gluten. Even tiny crumbs, which get on watermelon or other food items, can make Violet sick.

Sometimes people try to be kind and make a gluten-free cake, which is even worse because Violet knows it has to be prepared in a gluten-free kitchen. Violet stops going to parties.

At school, Violet dons a helmet, cape, and stripped umbrella to make her feel protected from nefarious crumbs. At lunch, however, she sits alone.

When Violet discovers that some foods with gluten can be dangerous to animals (guinea pigs, ducks, and hedgehogs), she decides to stick up for her dietary restrictions at the back-to-school potluck. Armed with toothpick signs, Violet summons her bravery and sets out to educate her friends and classmates about foods that are not gluten-free.

With a note about celiac disease at the back and informative endpapers, this real-life example of a superhero is an informative and fun read. 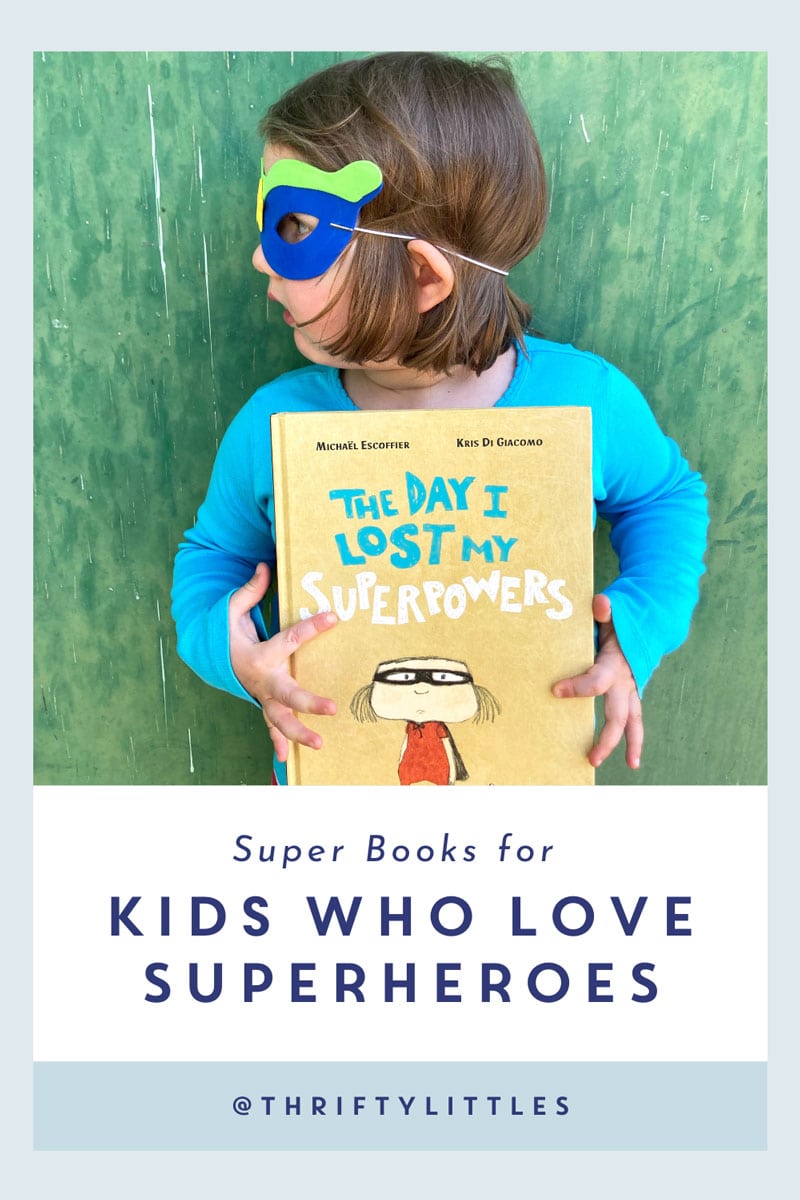 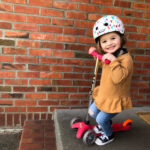 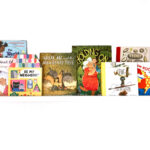 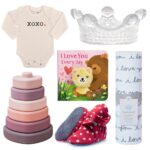