This post contains affiliate links, which means if you click through a link and buy something, I earn a small commission.

We’ve been in our new home nearly nine months now, and I’m just now making progress on Ander’s bedroom. His bedroom is tiny, which I actually love for a nursery. We can fit a crib, small dresser, a few toys, and that’s it! We’re not even entirely sure if a twin bed would fit in there, but we’ll likely move him into another room by then. For now, he’s close to all of us and his little space is adorable so it works great.

Although I love his room, there was one small design challenge – the room is shaped like a pentagon (and again, it’s small) so traditional rugs don’t fit the space. I spent entirely too much time stressing over this and trying out a few rugs before I remembered that Lorena Canals has round rugs, which I was hoping would work. Lorenda Canals was kind enough to send me the Round ABC Natural Rug, and I’m so happy to say it’s the perfect fit and so adorable in the space!

Lorena Canals is an old favorite around here. I’ve included them in round-ups and we have one of their rugs in the girls’ room. There are so many reasons to love their product and their company. To start, their rugs are simply beautiful. They’re handmade by artisans in India using all-natural cotton, making them very soft. Your little one will have no problem spending the afternoon playing on it. They’re also colored using natural dyes so they are entirely safe for little ones. The process used to make the rugs also makes them incredibly durable. I can attest to that as we’ve had one in the girls’ room for over 2 years now and it still looks like new!

But the thing I love very most about these rugs is they are machine washable and dryer safe, which is a big deal to me in a child’s play space. No need to worry about it getting spilled on, or the general dirt that builds up over time – just toss in the washing machine and you’re good to go!

In addition to washable rugs, Lorena Canals has expanded their line to include cushions, wall hangings, baskets, and blankets. All their products can be purchased directly through their website and at Albee Baby.

You can also enter to win a Round ABC Rug in Natural below. This is the same rug shown above, and a $215 value. Good luck!

By the way, if you don’t have a SpinAgain by Fat Brain Toys, I highly recommend. It’s one of my favorite toys of all time! 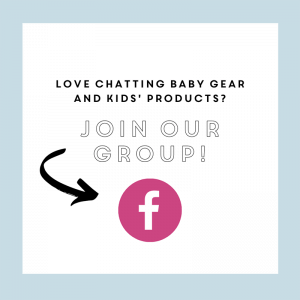